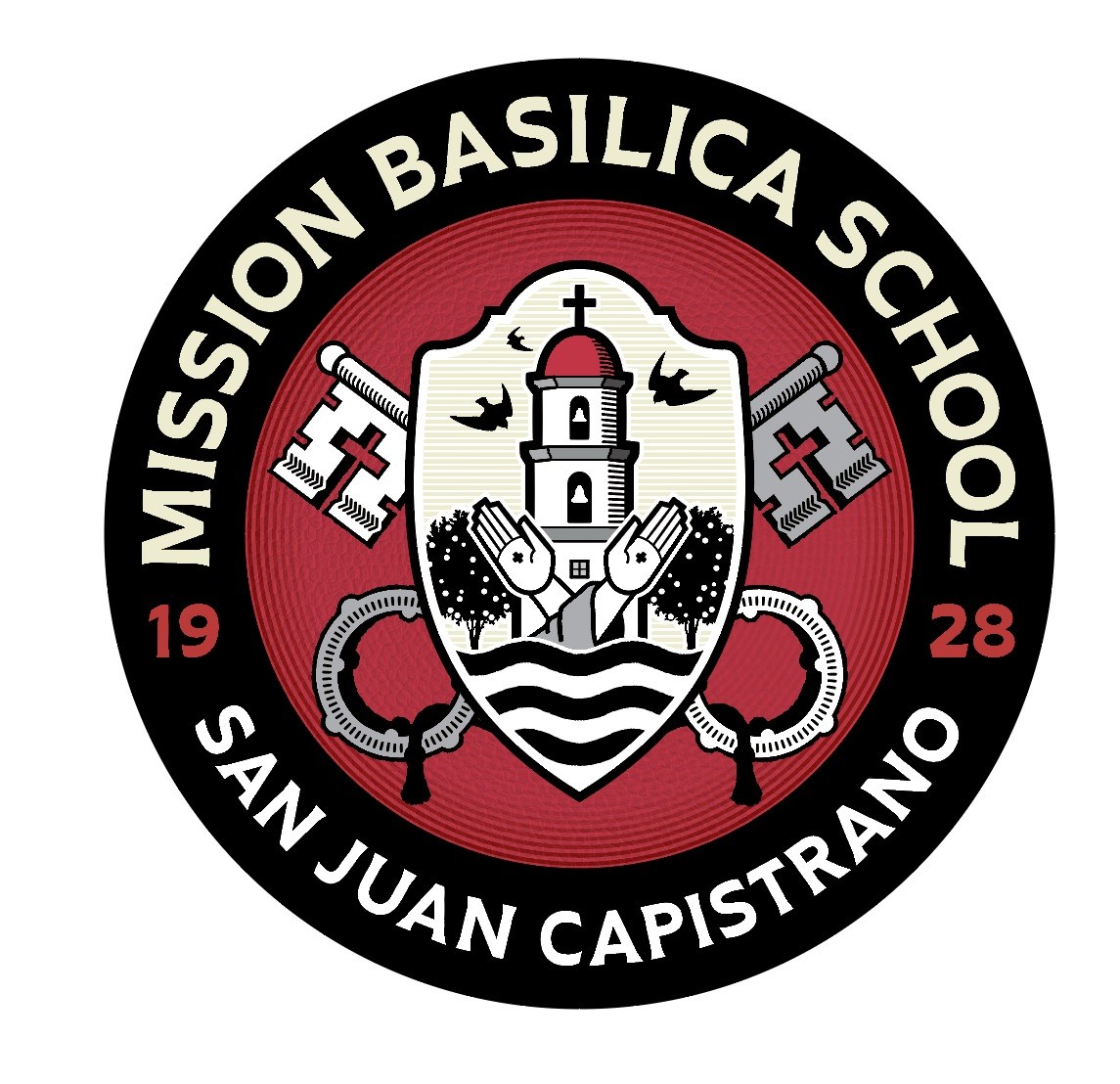 The Mission Basilica Church was raised to this important status by the Holy See on February 14, 2000.  In 2003, a design was developed for the Basilica coat of arms in keeping with requirements of the Holy See.  Those essential elements have been incorporated into our Mission Basilica School logo.

The central portion of the new logo incorporates the shield of the Basilica coat of arms.  At the lower portion of the shield are the waves of the ocean reflecting the beautiful California coast that fronts our entire diocese.   These waters also reflect the first sacrament, Holy Baptism, by which individuals are brought into the household of the Church.  Above the flowing waters are elements distinctive of Mission San Juan Capistrano.  Mission San Juan is the seventh mission founded by St. Junipero Serra himself on November 1, 1776.  As a member of the Franciscan Order (Friars Minor), the crossed arms and hands with the marks of the stigmata (wounds of Christ) symbolize the founder of the Franciscan order, St. Francis of Assisi.  The central tower above the crossed arms, is an image of the tower of the great stone Church, completed in 1806, that tragically fell in the great earthquake of December 8, 1812.  That tower is replicated in the new Basilica Church.  Bell towers are iconic images of the call to prayer.  On either side of the tower are two orange trees reminiscent of the early agricultural history of our county and diocese.  Above the tower are the familiar swallows that play a legendary role in the history of our mission.

The entire shield is placed on a larger field in which the crossed keys of St. Peter, symbols of the Holy See, form a back drop.  In the scriptures, Jesus entrusts symbolically to St. Peter, the keys of the Kingdom of Heaven.   Churches designated as Basilicas have a special spiritual connection to the Church of Rome, and hence, are privileged to utilize the “keys of Peter” in their coats of arms as well as to display the coat of arms of the reigning Pope over the major thresholds of the Basilica.

Finally, unique to our Mission Basilica School logo, is the date of the founding of our school during the pastorate of Msgr. John O’Sullivan, 1928.